TRANSCRIPT
0:00
One of the things that I notice is a problem, its endemic to our industry at large or in general. And that’s the unprofessionalism, of coaches ,trainers…

0:21
I created the Six Sigma Fitness app to bring science and technology down to the gym floor, down to implement on the field, if you will, so that coaches and trainers could use the things that they learned in their certifications and their education, and actually apply them real time with their athletes with their clients.

0:55
Let’s talk about one of the things that I noticed is a problem and it’s endemic to our industry at large or in general. And that’s the unprofessionalism of coaches, trainers, people that train both general population clients, as well as athletes in many cases, is that they’ve got a lot of experience, a lot of them are great athletes, a lot of them have been coaching for a long time. A lot of them have all kinds of education. Many have tons of certifications, but they don’t actually use it. They just don’t use it. They actually have programs and training that looks more like they throw spaghetti against the wall and see what sticks. It’s often decided upon somewhere on their drive over to the gym, what they’re going to do, and there is no thought process behind it. There is no progression. And I know what the problem is. The problem is that most trainers and coaches unfortunately are being forced to train in environments for low amounts of money that have a wide disparate population group. So you have the very athletic, you have the 22 year old fireman or high school football player, and he’s right next to the 44 year old decondition female executive who’s right next to the 72 year old runner… And trying to come up with programs for everybody often makes it so difficult and exhausting that they give up. But it’s not about giving up. It’s about coming up with a framework and coming up with a methodology that can actually be applied in the field. So that framework methodology for some gyms or some groups, like martial arts schools, where they’ll have a beginner or onboarding class, they’ll have an intermediate class, or an advanced class that solves part of that problem. For other groups that might be dividing the classes up. And dividing the classes up might also mean you need some extra coaches or you need some advanced students that have a little more experience that can help the less advanced students. There are many ways to do it. The other way to do it is to dissect up your programs and make the training and fitness programs, create a framework for two or three different audiences. So in our case, and Six Sigma fitness, we initially have frameworks for overweight clients. Based on our assessments, we throw them into 1233 programs, we throw them in a Density Based Training, Lactic Acid Training, or Metabolic Resistance Training. So LA,T DBT, MRT. And those three groups we run simultaneously, and you may need some assistance with that you might need some technology we run the software and technology for our workouts right off an iPhone or an iPad. They’re available there in the gym for people look at. But you you need to figure out your Framework, your Methodology and your Tools to deliver it. And once you create those three things and stick to them, you’re actually going to not have to worry about about delivering a product in the gym, on the car right on the way over, you’ll actually have a progressive framework that works every time long term in something you can market and sell.

4:15
If you get a chance buzz on over to our website, SixSigFit.com as s-i-x-s-i-g-f-i-t.com as Six Sigma Fitness and take a look at what we offer. We have both a platform software that you can subscribe to on a monthly basis. And we also have a certification training that we do that opens up more aspects of the platform and teaches you our methods for both onboarding and training and managing clients real time in the field. 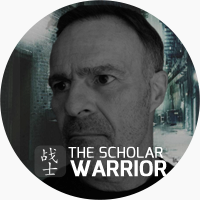 A graduate of Loyola University and MBA from The University of Chicago.
Pre-med LSU and post graduate at A.T. Still University.

His love of technology started right out of school. As a new hire for Arthur Andersen's Consulting group, the largest accounting and consulting firm in the world at that time, he led the first implementation of one of the very first IBM and Apple personal computers ever used in the business environment quickly becoming the world wide expert in analytical implementation of personal computers for business. Eventually moving on to a widely successful leveraged buy-out and then returning to Arthur Andersen and becoming a Partner in the Chicago office, he specialized in health, fitness, nutritional and food businesses managing some of the largest strategic food industry restructuring deals at the time. As COO of a successful Midwest Venture Capital firm, he was responsible for the operational management and success of over 25 investments each averaging $2-5 million over 5 years yielding returns in excess of 1000%.

He served on the board of many businesses in the health and nutrition sector as well as the educational and certification industries, including the board of Nutrisystems and one of the largest licensing and certifying bodies in the US. Achieving a modest level of success he decided return to school to increase his scientific and technical knowledge and launch an investment company targeting startups in the health and fitness sectors. During this time he became one of Infusionsoft's first Certified Partners providing digital marketing consultation and implementation for many industries including the health, fitness and hospitality service sectors. Having custom developed some of the very first website to Infusionsoft CRM integrations, he implemented over 50 Infusionsoft installations and one of the first website membership systems providing targeted content to clients based on funnel tagging and online behaviors. While UltraFit Systems has incubated and exited several fitness concepts, he noted a need for better digital marketing and client management systems as well as analytical tools for health practitioners to use to chart a scientifically valid path to achieving their goals and objectives.

He is a founding member of Six Sigma Fitness (SSF), an online science and technology company with multiple distribution channels. SSF is a Cloud based SaaS health technology platform for Athlete Management and sub-clinical Health, Wellness and Fitness evaluations for the Health and Fitness industry. It is also a health practitioner educational resource that certifies practitioners in the SSF proprietary methods and business processes. He has created proprietary scientific algorithms, custom CRMs and integrated technologies using API integrations and behavioral logic for marketing and conversion strategies in the health sector. This platform and technology is currently being adopted and customized for a small muti-location mobile technology retail organization as well and B to B telcom provider.

A wrestler in high school and for a brief time in college until realizing the challenges of studying and playing sports at a high level while constantly having to cut weight, he decided to coach and master the challenges of health and fitness through weightlifting and martial arts while pursuing careers in consulting and eventually the venture capital and private equity business specializing in food and nutrition industries.

He has had the good fortune to train with and or under the direct lineage of some of the greatest martial artists in the world including Master Ed Parker, Master Jinheng Li, Kru Pol and Master Eddie Cha.

He is also the author of the Six Sigma Fitness™ Scholar Warrior Program which brings together the Eastern and Western sciences as well as the training of both traditional strength and conditioning with martial arts programming.

Frameworks, Methodologies and ToolsThis mini-course will give you a clear and simple example of how to use a framework from which to screen and onboard…

The question I get asked most often about training apparel is “What kinds of training shoes should I wear to the gym?” There is nothing that signifies…

Don’t make the same mistake all the other coaches are making. Stop trying to address and fix the external body! Change the way you on-board…

When it comes to training women, hormones matter.  It does for guys as well but in very different and more long-term ways.  Today we are…

Individualized Programming Can The Same Workout Be Good For Everyone? The short answer is “not really” but that isn’t what every group trainer, CrossFit®, or…

It is always interesting to hear the plethora of warm-up folklore in the general fitness community. Pardon a short rant but… This story-telling of fictional wisdom…

Do hormones affect the accumulation and distribution of fat on the human body? This is not a quick and easy question to answer due to the…

I am often asked about what type of protein to buy and what the difference is between them.  In reality the best protein is one…

Alright, this topic is overdone.  So why do we want to mention for the millionth time why you should have a personal trainer?  Because you…

You got your first workout in and as one client put it so eloquently, “I was so hungry that I was ready to gnaw my… 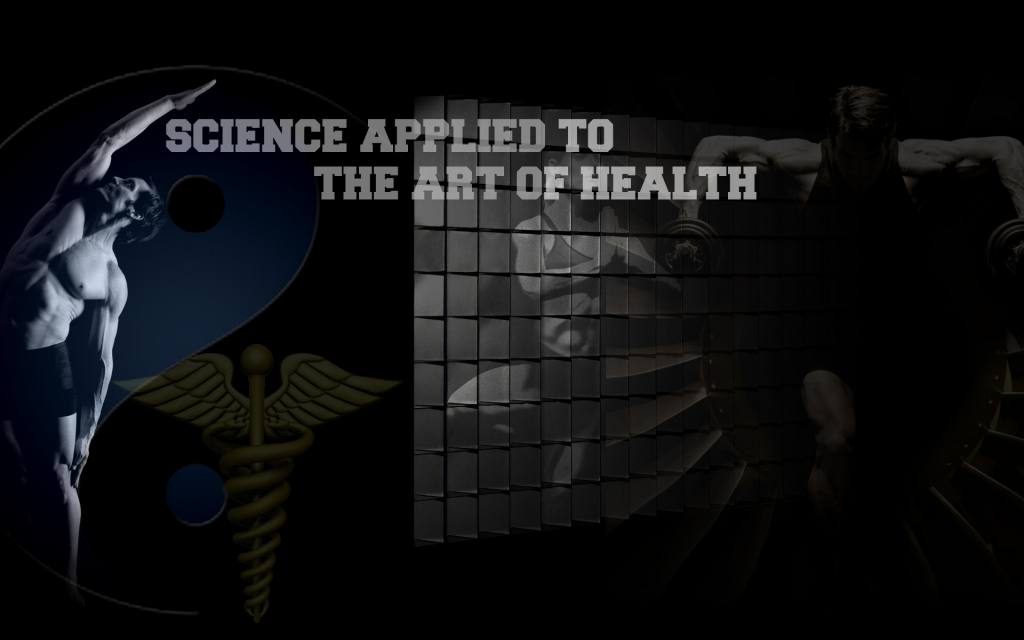 Ok, that picture is not any of us but it represents the time and place where my passion for this business started.  That looks exactly…

Six Sigma Fitness™ is a Scientifically Valid methodology predicated on a system of “Assess, Test and Progress” using the principles of Six Sigma's DMAIC in a 4 dimensional approach:

We “screen" to evaluate potential areas of risk which dictates what you can and can't or shouldn't do and what weaknesses we need to work on to progress towards your goals and objectives.

We “assess" to evaluate your current state and measure dysfunction allowing us to determine what you need to optimize your health and fitness.

We “test" to determine your functional abilities and skill levels to best match the toolset you require to improve your assessment results and progress.

We "survey" to determine areas of your lifestyle and nutrition that may be contributing to under-performance, dysfunction or disease allowing us to implement incremental behavioral modifications to achieve your goals and support your training.
* Return to Six Sigma Fitness™ Platform

Please log in again. The login page will open in a new tab. After logging in you can close it and return to this page. 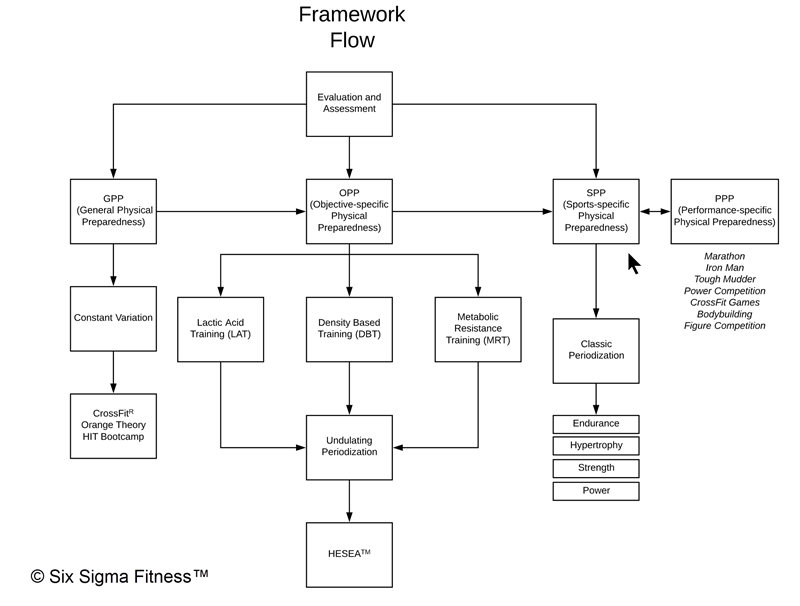